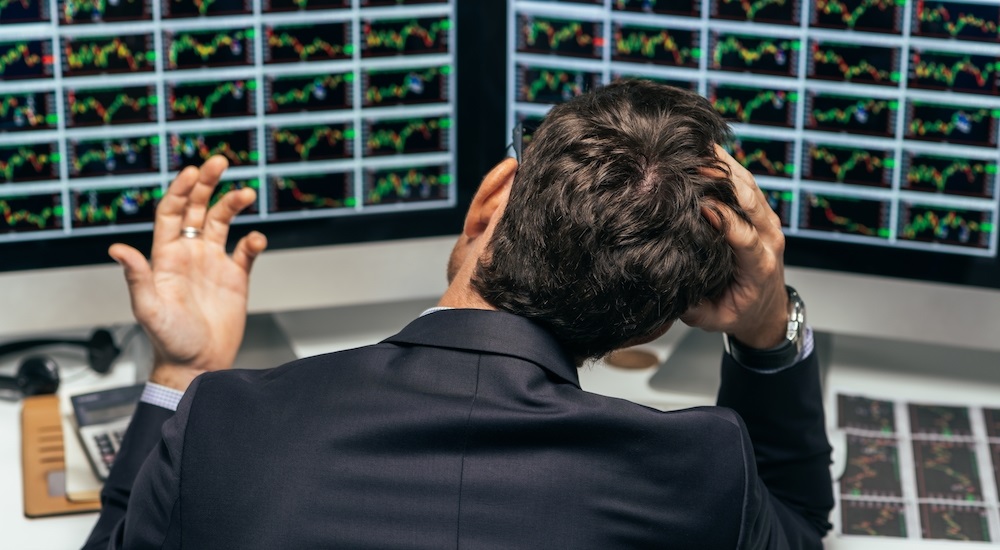 2018: An Anomaly for Investors

2018 has been an especially frustrating year for investors and investment advisors, but not just because the stock market is down.  As long-term investors and advisors, we understand that markets have down years.  That's just part of the deal.  You tolerate some down years in an attempt to capitalize on the long term potential for positive returns.  What has made 2018 different, and frustrating, has been the absence of help from our old friend in our diversified portfolios: BONDS.

Historically, when stocks go down, bonds, which are seen as a "safe haven", actually usually appreciate in value.  When the stock markets get a bit treacherous, demand for more conservative investments like bonds increases and therefore their prices tend to rise.  This can help offset some of the negative returns from a down stock market in a balanced and diversified portfolio.  On the flip side, when bonds returns are down, stock returns are usually positive.  As stocks appreciate, investors become more risk tolerant and move out of bonds and into stocks, causing bond prices to depreciate.  So, when we look back over the past 40 years, we see that whenever stocks were down, bonds were up.  Whenever bonds were down, stocks were up.  At NO POINT in the past 40 years have both the S&P 500 and the Barclays Aggregate Bond Index both finished the same calendar year with a negative return.

Since 1978, the S&P 500 has delivered a negative calendar year return on 7 occasions.

During those 7 down years, the Barclays Aggregate Bond Index delivered a positive return every single time at an average clip of about 9.5%.  This gave investors something to feel good about while their stocks were down.  Psychologically, it's been something we can lean on as a silver lining.  Our beloved "security blanket."

Now let's look at years bonds were down.  Since 1978, the Barclays Aggregate Bond Index has delivered a negative return just 4 times:

During those 4 years, the S&P 500 was positive every time, posting a 20.3% average return while bonds were lower.

This means that most investors have never experienced a year in which both stocks and bonds lost value.  We've become accustomed to expect that if stocks are down, bonds are up!  If bonds are down, stocks probably did great!  Why wouldn't we expect that relationship based on the past 4 decades?

But, alas, we come to 2018.  Our statistical anomaly.  As of the day I author this post, the S&P 500 is negative for the year, albeit just barely.  The Barclays Aggregate Bond Index, our steady savior in years like this, is also negative to the tune of about 2%.

Why?  Well, many reasons.  Some logical, some not.  The two most popular, though, would seem to be the trade dispute with China and rising interest rates.  Referring back to my earlier blog post, the Interest Rate See-saw, we know that rising rates are bad for bond values.  Well, it so happens that stocks don't love rising rates either.  And stocks especially don't like the threat of a trade war with the world's second largest economy.

As I've shown you, until now there has not been a year in which both stocks and bonds have both delivered negative returns in the past 4 decades.  But, there was a year where we got really close!  1994.  And it may just give you some reason for optimism.

Am I predicting record returns in 2019 based on that historical data point?  Of course not.  Nobody truly knows what lies ahead, and be wary of anyone who claims they do.  But history does show us that one years performance doesn't necessarily indicate a long-term trend.  History also shows us that over the long term, both stocks AND bonds tend to move higher.

Has 2018 been historically frustrating?  Certainly.  Does it mean the years ahead will be too?  No. Don't make big investment decisions based on short-term results, even a year as rare as 2018.

This is meant for educational purposes only.  It should not be considered investment advice, nor does it constitute a recommendation to take a particular course of action. Please consult with a financial professional regarding your personal situation prior to making any financial related decisions.  The indexes discussed are unmanaged and cannot be directly invested into. Using diversification/asset allocation as part of your investment strategy does not guarantee a profit or protect against a loss. Investing involves risk, including the potential for loss of principal.  11/18